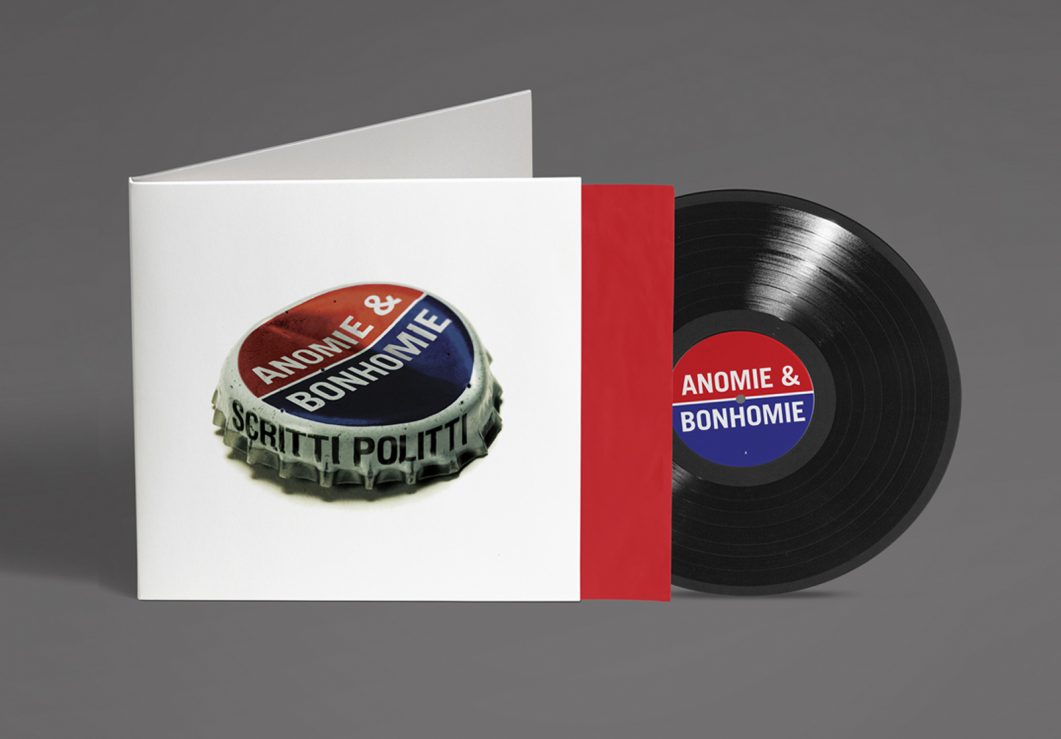 Scritti Politti’s Anomie and Bonhomie album is finally available on vinyl. Rough Trade commissioned us to reformat this wonderful album which we originally designed the record cover for in 1999 (as CD, MC, MD). Revisiting the imagery and photography we art directed 22 years ago was a slightly surreal, yet instantly familiar experience. Seeing the images as large as we had imagined back in the day feels like the natural creative conclusion! We photographed ‘everyday’ objects (or objects personal to Green Gartside of Scritti Politti), and ‘reappropriated’ each object as a track title. The single “Tinseltown To The Boogiedown” kick-started the campaign with a photograph of one of Green’s old guitar picks. The track title was overlayered onto the pick – we produced some gold foil rubdowns to make it feel as authentic as possible rather than simply photoshopping it on.

Here’s Paul’s notebook which he recently discovered with all the visuals, sketches and Mark Mattock polaroids which were taken as we were shooting. Music history – right there…

Art direction by Paul West and Paula Benson at Form and Green Gartside.
Photography by Mark Mattock, with image manipulation by Lisa Lee at Form.