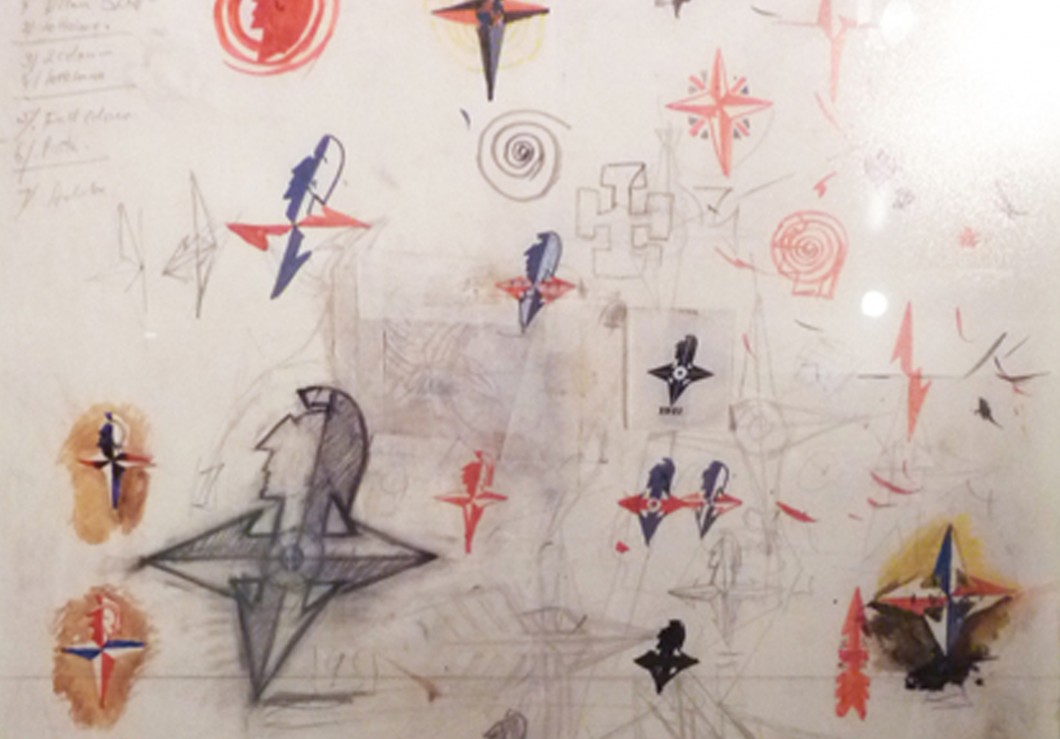 London’s Southbank Centre kicked off a 4 month celebration of the 60th anniversary of the Festival of Britain this weekend with an array of British culture and creativity featuring performances, new outdoor environments, talks and events by some of Britain’s leading artists and thinkers. I popped along to the opening weekend, firstly to sample some food from the Real Food Market(this weekend was Indian but it changes every week) and then onto the Museum of 1951, designed by Hemingway Design, which brings together a collection of memorabilia, artworks, personal histories, models and memories from the original Festival.

It was great to see early Abram Games sketches for the iconic Festival of Britain logo. Abram Games was one of this century’s most inventive graphic designers who produced many, often controversial, posters during the war and also graphic design later for clients like London Transport, GPO and Shell as well as stamps, book jackets, and symbols including those for BBC Television (1952). His work was essentially about paring down the message to its simplest and most powerful form. His objective was to achieve a visual shorthand. He adhered to a modernist design philosophy which he neatly summed up in the phrase “maximum meaning, minimum means”. Something that rings true to the Form philosophy.

The Museum also featured some fabulous sketches of the Skylon designed by Sir Hugh Casson. “The nation was alerted to possibilities and opportunities hitherto undreamed of. But the real achievement of the South Bank was that it made people want things to be better, and to believe that they could be. It was noticably unboastful and nobody was taught to hate anyone. Beneath the flags and the fireworks it had, in retrospect, a spiritual quality which is good to remember.” (Sir Hugh Casson on the South Bank Exhibition from his article “Period Piece” in “A Tonic to the Nation”. ) Here, Here.

Ray Davis of the Kinks will also be curating this years Meltdown at the Southbank which starts June 10.