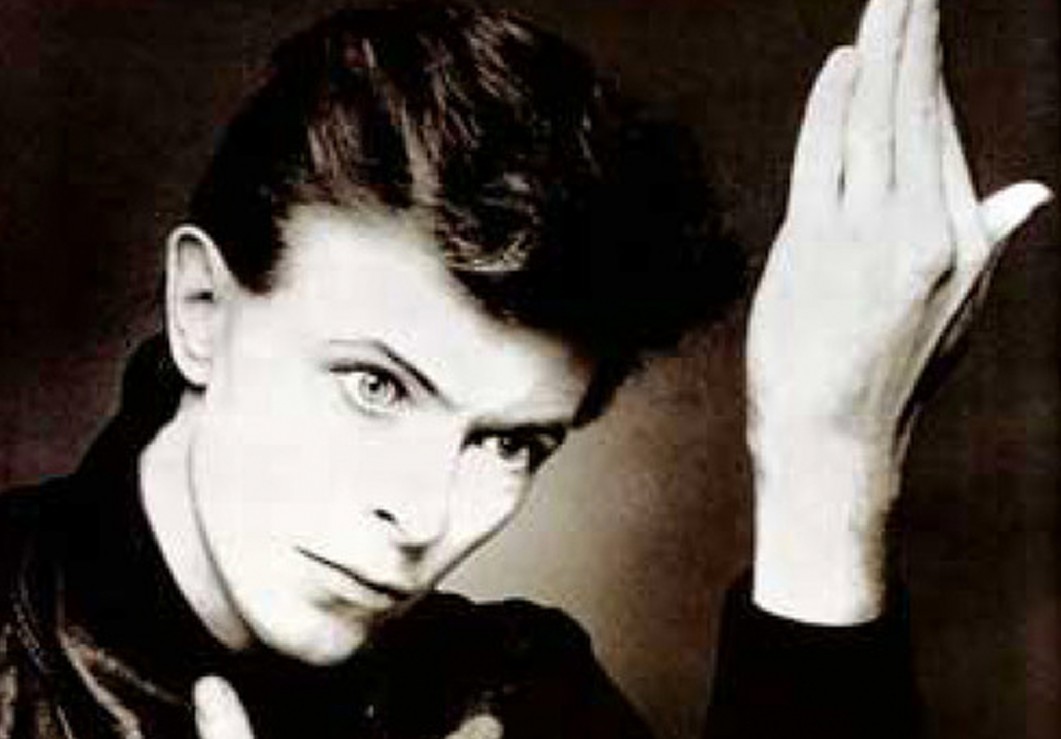 In appreciation of “Heroes” by Bowie As “Heroes” is thirty five years old this week I’ve written a few lines on why this album cover has had such an enduring fascination for me.

In 1977 the charts were dominated by Abba, Brotherhood of Man, Bee Gees (a fantastically brilliant group by the way) and Baccara. Kenny Rogers got to number 1 with ‘Lucille’, Presley with ‘Way Down’ and Donna Summer teamed with Moroder to produce the evergreen Rave classic ‘I Feel Love’. Rumours’ was released. Zeppelin cancelled the last leg of their US tour (due to Robert Plant’s bereavement of his son). Bolan (the John the Evangelist of Glam) dies – God rest his soul.

These ‘old’ sounds were being aggressively challenged by ‘new’ sounds: The Clash released their first album on CBS. The Pistols replaced Matlock with Vicious and released ‘Bollocks’ on October 24th. The Stranglers released “Rattus Norvegicus”. The Jam released “In The City”. Flares and skate boards were IN. Star Wars, Close Encounters were THE films.

And orbitting above this maelstrom is Bowie. After Aladin Sane, Ziggy, The Thin White Duke and Halloween Jack, Bowie retreats to Berlin for his epochal trilogy of “Low” – my favourite Bowie MUSIC ALBUM (cover still courtesy of Nicolas Roeg’s ‘The Man Who Fell To Earth’), “Heroes” and “Lodger”. He teams with Eno, Visconti, Alomar, Fripp, Iggy, with the Berlin Wall as his bleak canvas. While the UK is ‘Smashing It Up’ (respect, The Damned!) he’s out of here, absorbng Krautrock and Motorik influences from bands as diverse as Kraftwerk (they even name check him in Trans Europe Express) to Neu! Sounds so influential to the New Romanics, Cabaret Voltaire, Wire and Electro Klash in later years.

And then there’s the “Heroes” cover: What to say. Beautiful, non-emotional sans serif topography. Bowie’s extra terrestrial ‘wierd’ pupils. The hand gesticulations. MONO photography (shot by Masayoshi Sukita) in an era of dayglo back home. A stripped back, sterile portrait of an artist in search of new sounds and on the verge of pioneering yet ANOTHER way of seeing music. And the cover will always personify this great artistic sword swipe to me.

Everything we do nowadays we accept, because we don’t have to question. It’s all there at our fingertips and as a result we appreciate little. “Heroes” makes me question, it intrigues me because it’s always slightly out of reach, and I want it to be that way. “Heroes” represents the power of CONTEXT: what happened before, and what happens AFTER. And Bowie changed it all. As the RCA promotional poster for “Heroes” stated: “There’s Old Wave. There’s New Wave. And there’s David Bowie” or – here’s a better marketeers dream for the same album: “Tomorrow belongs to those who can hear it coming”. Amen.