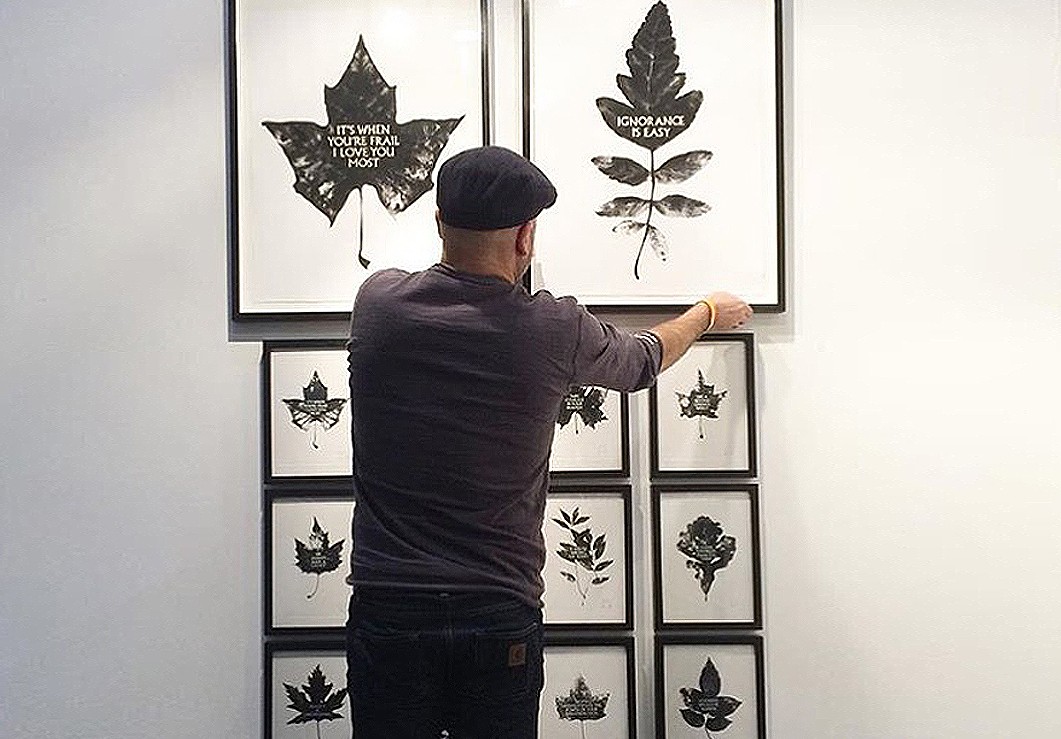 The tree lies at the heart of all tribal cultures. The anglo-saxon word “treow” means both ‘tree’ and ‘truth’. The cherokee indians called trees ‘Standing people’ who provided witness for contracts between people from marriages, to a pledge. .
The new works imagine the trees listening to, and mirroring our thoughts, whispering back to us with their leaves in the wind.
A leaf-message on the pavement is as unnoticed as our own need for connection in a progressively disconnected world. Paul spent many hours at Hippo Screenprinters experimenting with etching plates for the project under the watchful eye of co-owner Lynne Blackburn. .
After a successful series of artist proofs were printed, Lynne and Paul printed scores of leaves with messages using a non toxic water-based ink… .
Promotional cards were sent to Artfinder, selected galleries and press: .
Coinciding with a six page feature in issue #3 of Inside Artists .
Silent Voices — A series of 12 x A4 etchings (editions of 10).
£ 120 (unframed ) per etching.
£1,200 (unframed) for a complete set of 12 etchings.
Available from Paul Wests Artfinder online shop, or email paul@form.uk.com direct for sales enquiries.