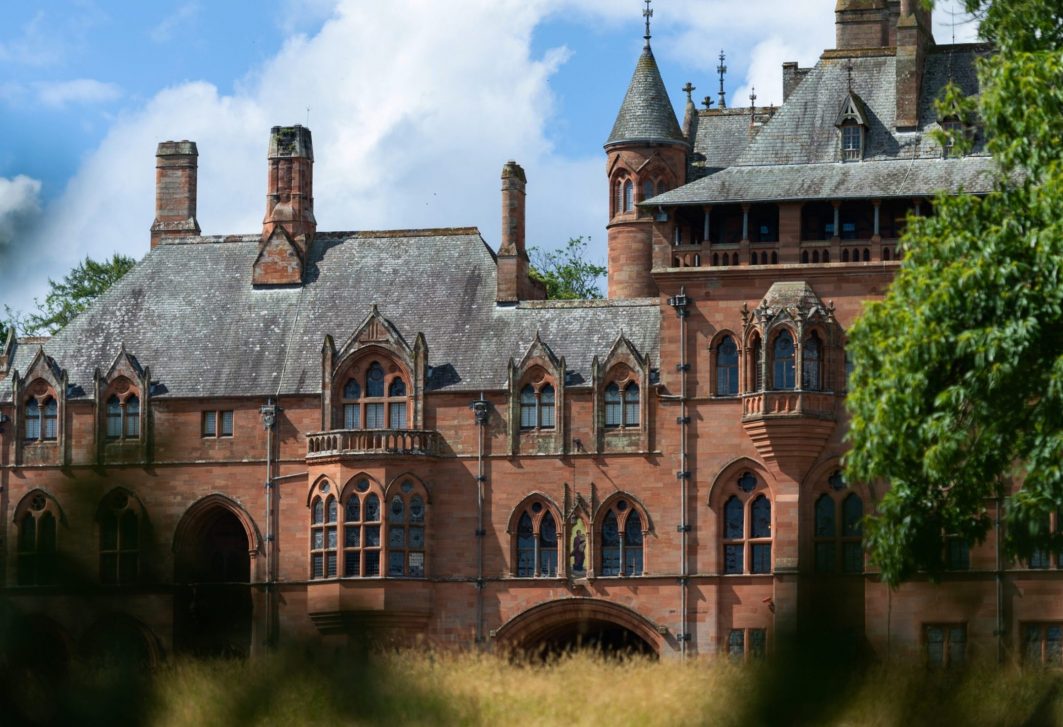 A tribute to Johnny Bute

Paul and I are deeply saddened to learn that Johnny Bute (John Crichton-Stuart, the 7th Marquess of Bute also known as Johnny Dumfries in his Formula 1 racing driving days) passed away this week. We’ve been lucky to work with some extraordinary visionaries, disrupters and forward thinkers in our time. Johnny was definitely one of them. After an introduction by Carolyn Larkin of Caro Communications, we worked with Johnny, his sister Sophie and his team for many years beginning in 2001, to help them establish their new vision for Mount Stuart, his family estate and ancestral home on the Isle of Bute, Scotland. This fascinating Victorian country house built in the Gothic Revival style is filled with innovations, from an early telephone system and a Victorian passenger lift to what is thought to be the world’s first domestic heated swimming pool.

It may have taken us a taxi, a plane, a train, a boat and a cab to get there but this only added to the experience and we loved every visit, and were lucky enough to be given several private tours of the house and delve deep into the archive of the family history and design of the house, working closely with a family archivist. Paula Benson on the Rothesay – Wemyss Bay Ferry on our first visit to Mount Stuart, Isle of Bute

Our work at that time included the strategy, direction and design of a visitors brochure, leaflets and promotional pack to promote the house, gardens and ambitious new visitors centre (designed by Munkenbeck + Marshall and opened by Richard Attenborough in June 2001) as a tourist attraction and events venue. A couple of years later we worked on a branding proposal to create more synergy between all Johnny’s (and the Trust he formed) businesses and initiatives (including Bute Fabrics, a sawmill, forestry, farming, arts programming, and holiday cottages) which excited us no end and enabled us to witness first hand how Johnny was motivated to create a progressive and sustainable future for all his many ventures and the Isle of Bute itself. View from Mount Stuart across the Isle of Bute

He was a sartorially ‘dapper’ man with so many interests; a love of history, art, farming and of course cars and was always very engaging in the meetings he hosted at his beautiful London home or his super-cool Borough and Clerkenwell offices. We also had the great pleasure of working with his wife Serena and her fashion company Ross and Bute for many years.

We spent a very memorable evening in Mount Stuart itself when Johnny was generous enough to invite us to a very grand dinner he hosted at Mount Stuart in the Marble Hall (which features a map of the stars studded with glass crystals in its vaulted ceiling) and where we were introduced to many interesting people including the mayor of Glasgow and met a new life-long friend, the jeweller and sculptor Sheila Jardine over dinner.

Our deepest sympathies go out to Serena and the family. Johnny’s legacy will live on in so many ways and we feel so honoured to have met and worked with him and his family.