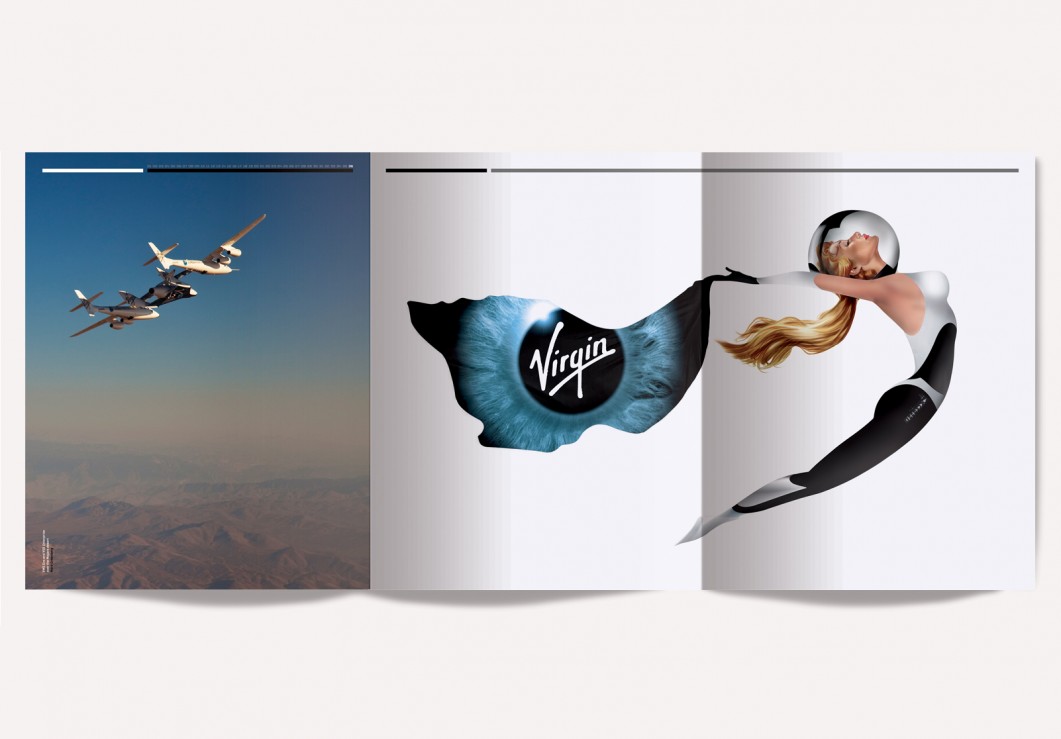 On Monday night I attended a talk which made my heart race! Although we’ve been heavily involved with design work on Virgin Galactic for some time, the foresight, conviction and technology at play with this ground-breaking project never ceases to ignite my imagination.

Growing up in the early 70s, I was part of a generation where space travel was part of a whole new frontier. Its hard to dispel that retro view of the future. Fast forward a few decades and with Richard Branson’s vision and commercial savvy, coupled with chief engineer Burt Rutan’s immense skill and knowledge, there I was hearing detailed explanations as to how space tourism is actually happening. Right he

Hearing test pilot Dave Mackay and commercial manager Stephen Attenborough (dubbed ‘fly it’ and ‘buy it’) at the presentation at Soho House on Monday night, felt like I was listening to the most unlikely but history-making double-act I think I’ll encounter for a while.

Even though we have already designed the spanking new brochure for Virgin Galactic, hearing about it first hand was as fascinating as it was inspirational. Space tourism on the new Spaceship Two means there’ll be no arguing about who has the window seat as each and every passenger will have their own large window to view the cobalt blue sky turning to mauve and indigo and finally to black, from 50 thousand feet up.

The highlight of the trip for many will perhaps be experiencing the tremendous 3G thrust release from the mothership, for 1 whole minute, which compares to a high-tech dragster for example which delivers the same kind of G-force for only a few seconds.

The mention of 6G on re-entry got a few gasps from the audience, some of whom were clearly air/pilot/extreme adrenalin junkies who clearly understood what kind of experience this will truly
deliver. The G-force tests have been carried out on some serious custom-made gubbins by Philadelphian company Nestar.

Stephen and Dave’s talk also highlighted how despite space travel being on the agenda since the brave new world visions of the 60s, often in the hands of Government, how so many industries and technologies like this take a sudden thrust and grow expedientially once exposed to the private sector.

To quote Timbuck Three: “The future’s so bright, you gotta wear shades”