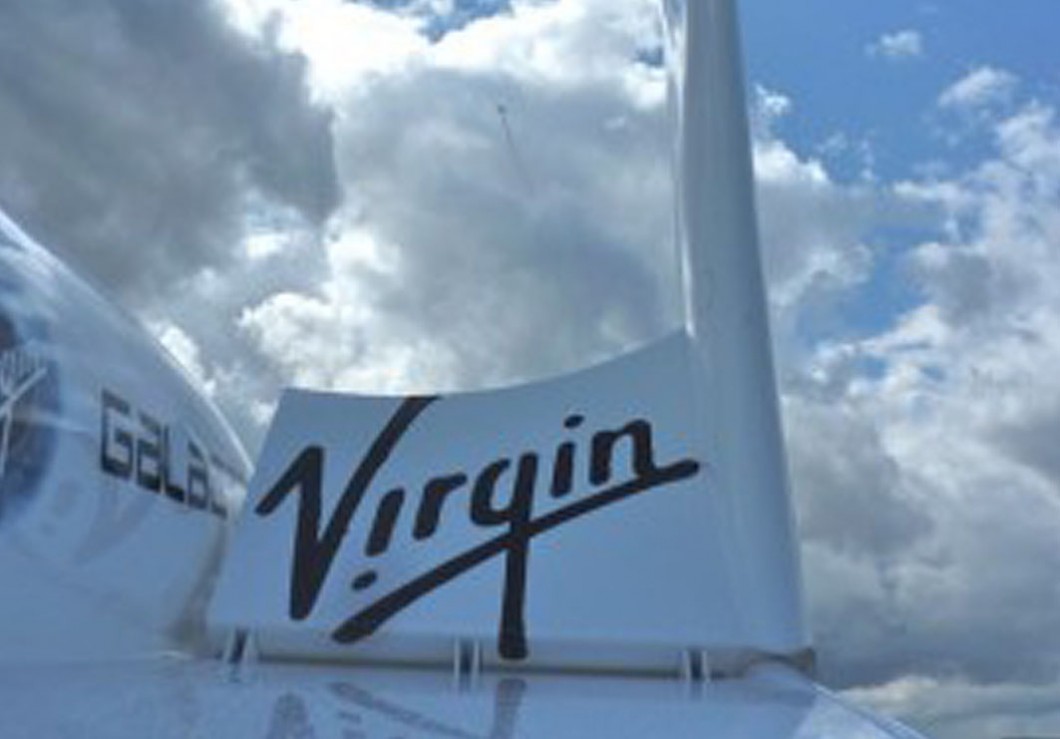 A couple of weeks ago Paul and I were invited by our client Virgin Galactic to Farnborough International Air Show for the exciting announcement of “LauncherOne” – the new air-launched rocket specifically designed to deliver small satellites into orbit via WhiteKnightTwo, the same spacecraft which Virgin Galactic has been very hard at work developing and testing to take the first commercial space travellers high above the clouds!

We were involved in the design of the livery of this satellite launcher, and have had to keep very quiet about this project over the last few months, so it’s nice to be able to talk about it at last!

The affordability of LauncherOne means that it’s viable for a variety of people to use satellite technology – from start-ups and schools to established companies and national space agencies.

Sir Richard Branson also revealed on the same day that Virgin Galactic have now accepted deposits for suborbital flights on SpaceShipTwo from 529 future astronauts – that’s more than the total number of people who have been to space throughout human history! I also heard with my own ears that the first spaceflight will take place most likely within the next year.

And what a splendid day it was hanging out in the very smart Virgin Galactic pavilion and chatting to some of the 120 future ‘astronauts’ who were there that day. As we sipped champagne in front of the amazing life-size model of SpaceShipTwo, we listened to the mighty roar of airplanes taking off all around us. In my naivety I hadn’t realised Farnborough Air Show was a TRADEshow for buying airplanes and helicopters. I’ve always associated it with a jolly public day out where you go to watch planes do acrobatics, but here we were watching the new Boeing 787 Dreamliner doing some crazy high jinx in the air to show off its stunning maneuverability to potential purchasers.

We ended the day back in London’s Oxo Tower to share some more drinks with future space travellers, listen to Richard Branson make a very engaging speech, and take in the amazing view of London on a sunny evening.

Here’s a few photos of our day.