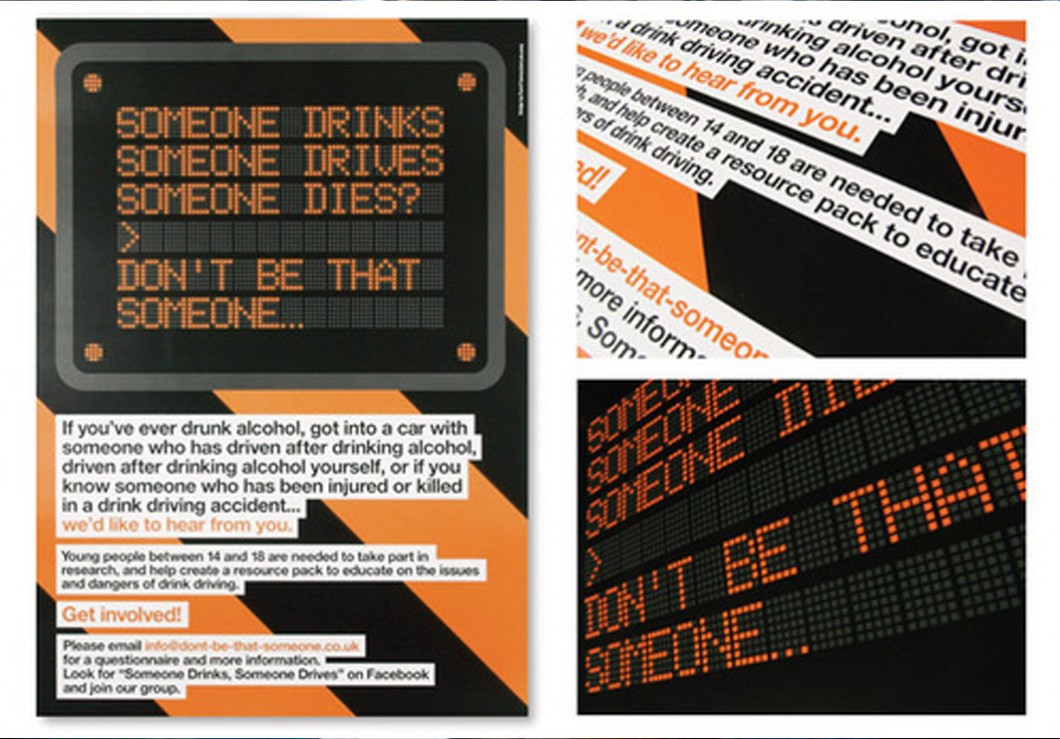 Don’t Be That Someone… Given the shocking stats that nearly 15,000 people are killed or injured in drink drive related accidents in the UK every year (that’s roughly 2 every hour) and six of those every day are aged between 16-24, we were keen to get involved with the design and branding of ‘Don’t Be That Someone’ when asked by project initiator Mike McAdam.

Young people’s attitudes towards driving safety are established well before the age at which they legally begin driving so this campaign takes a unique and pro-active approach to informing 14-18 year olds about the dangers and consequences of drink driving (an age group currently not targeted in Government campaigns).

We have consulted on all the messaging and designed the identity, posters, interactive flyers, lesson plans and teaching aides which will be distributed to schools nationwide – all influenced from traffic signage.