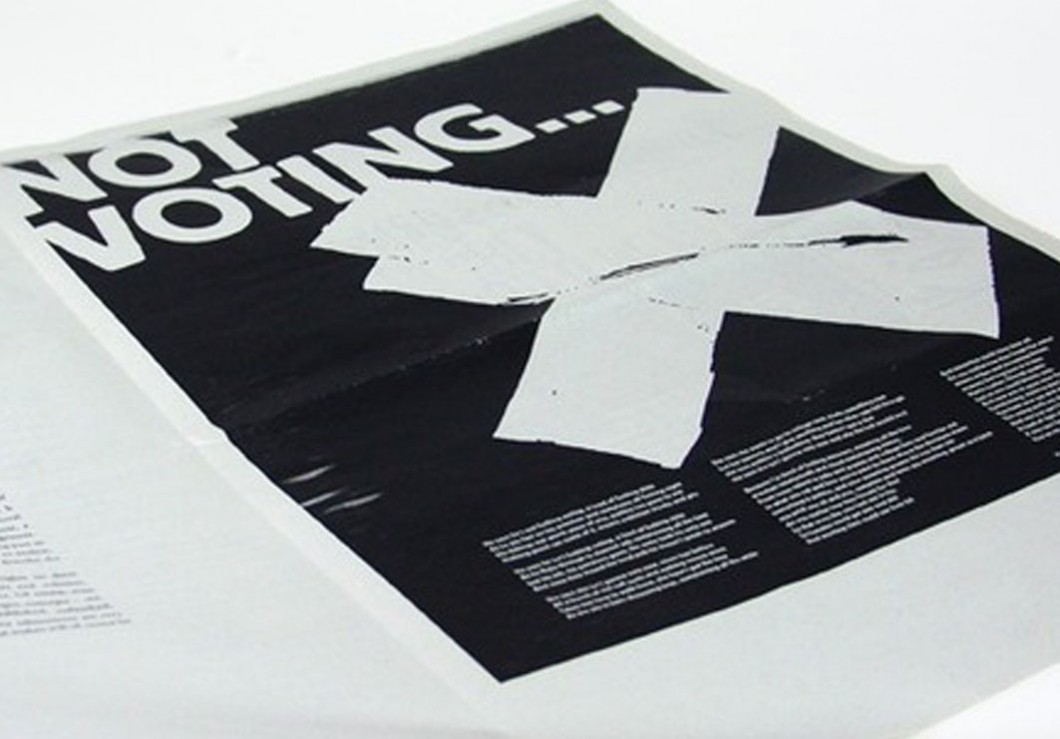 Fellow designer and friend, Steve from PlanB Studio (who we met on a ‘plane on a British Embassy trip to Tokyo don’t you know) has this thing going down called “Project 10” part of which is the design and production of a themed newspaper from time to time with contributions from many good writers, thinkers, designers and illustrators.

The new issue which landed on our desk recently, is all about politics, and alongside features on Andy Barefoots ‘create your own David Cameron poster campaign’ and an amusing observation about the power of the dis-emodied head in poitical and advertising posters (it makes sense when you read it), is our contribution – the design of a powerful poem by Hollie McNish – spoken word genius – on the hypocrisy of not voting.