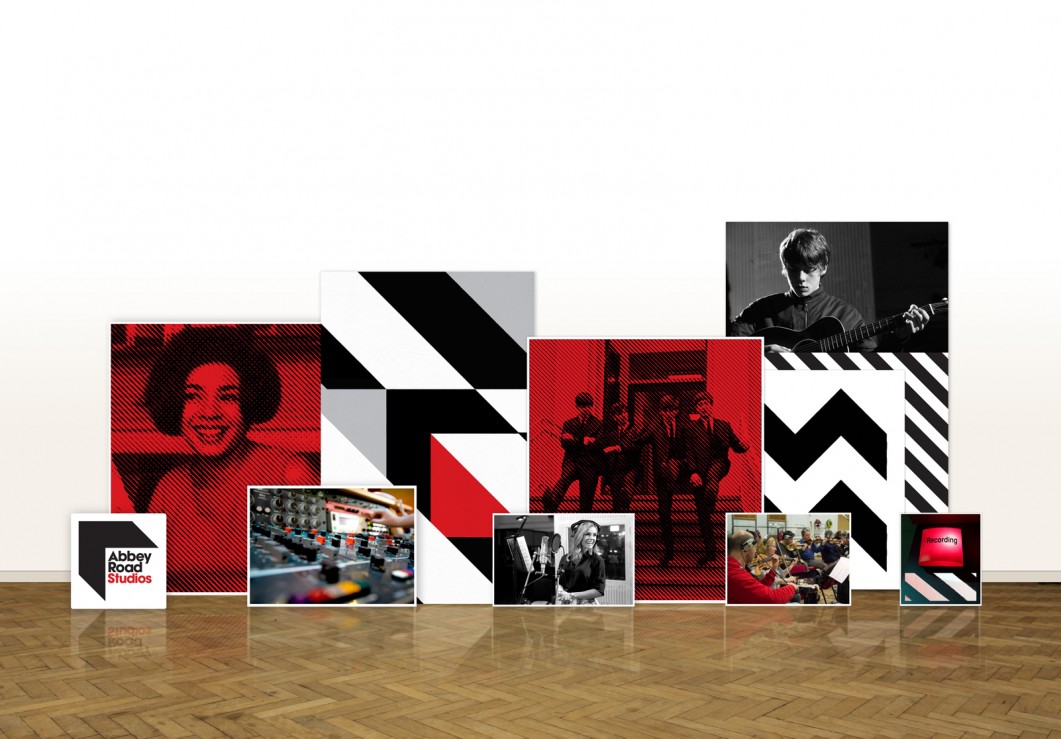 Abbey Road Studios is not only the most famous recording studios in the world, it’s a global music icon. Uniquely, it is just as famous among music fans as it is among music professionals because of its exalted alumni.

The evolving landscape of the music industry has provided an opportunity for the Studios to re-shape their business and a new visual identity was required to help communicate their vision for the future more effectively – to meet the changing needs of music creators on a global scale, from professional music makers to music fans.

Abbey Road commissioned Form® in December 2014 to help with their repositioning strategy and to create a new visual brand identity to connect with a wider audience.

Background
Home to countless landmark recordings and pioneering advances in recording technology, the legendary studio complex has a phenomenal history spanning over 80 years, encompassing celebrated work by many of the world’s most famous recording artists including The Beatles, Pink Floyd, Kanye West, Oasis, Elbow, Lady Gaga and Adele.

Blockbuster film scores and high-profile video games have also been recorded at the Studios. Their state of the art mastering suites and award-winning engineers have mastered / remastered many famous albums.

But there is more to Abbey Road than the Studios: Catalogue archiving, online mixing and mastering services, and audio products are just some of the services they provide – and there are plans to announce several new initiatives and partnerships in forthcoming months.

Abbey Road new brand hierarchy
The need for a clear branding hierarchy to allow development of future initiatives was identified. We achieved this by differentiating ‘Abbey Road’ from ‘Abbey Road Studios’: ‘Abbey Road’ now sits as the parent brand at the top of the hierarchy (eg. the umbrella website is abbeyroad.com). ‘Abbey Road Studios’, the physical embodiment – the heart and home of the brand – becomes a newly defined sub brand, as does the new education wing – ‘Abbey Road Institute’ together with other new sub brands which will offer services and products to a wider audience of music makers and fans.

The visual hook
It is impossible to separate the connection between The Beatles and the Studios which was cemented with the release of the Abbey Road album in 1969. The album’s cover features the now iconic shot of the band on the zebra crossing outside the Studios. Google ‘Abbey Road’ images and it pops up on your screen, repeated hundreds of times.

Rather than ignore the crossings’ black and white stripes, we decided to deconstruct and re-imagine it to celebrate a new era for Abbey Road.

A new, stand alone logo family
The parent and sub brand logos are based around one black stripe moving across a three dimensional plane to form a directional arrow or ‘chevron’. It points North West indicating Abbey Road Studios’ location within London and is also suggestive of the distinctive parquet flooring prevalent throughout the famous recording Studios complex. As the logo becomes more well known, the chevron shape will develop to be used as a container for other imagery as well as moving image.

Logo and language system
The chevron logo is however only the tip of the iceberg: It develops into a whole visual language and a series of patterns. This creates a dynamic visual world which lends itself perfectly to a forthcoming range of consumer facing merchandise as well as all new brand collateral.

We commissioned internationally renowned graphic artist Patrick Thomas to create a series of patterns which re-interpret and re-imagine the black and white stripes of the zebra crossing and which also feature the chevron and the new red sub-brand colour. These patterns will be used across all communications. The slightly painterly, hand-crafted works hint at the craft ethic that underlines all that happens at Abbey Road.

We have created a large family of logos and the entire visual identity which includes creative treatments for all existing photography
as well as typography, stationery and advert templates defined in a
comprehensive styleguide –  all of which will begin to unfold as of Weds
18th March.