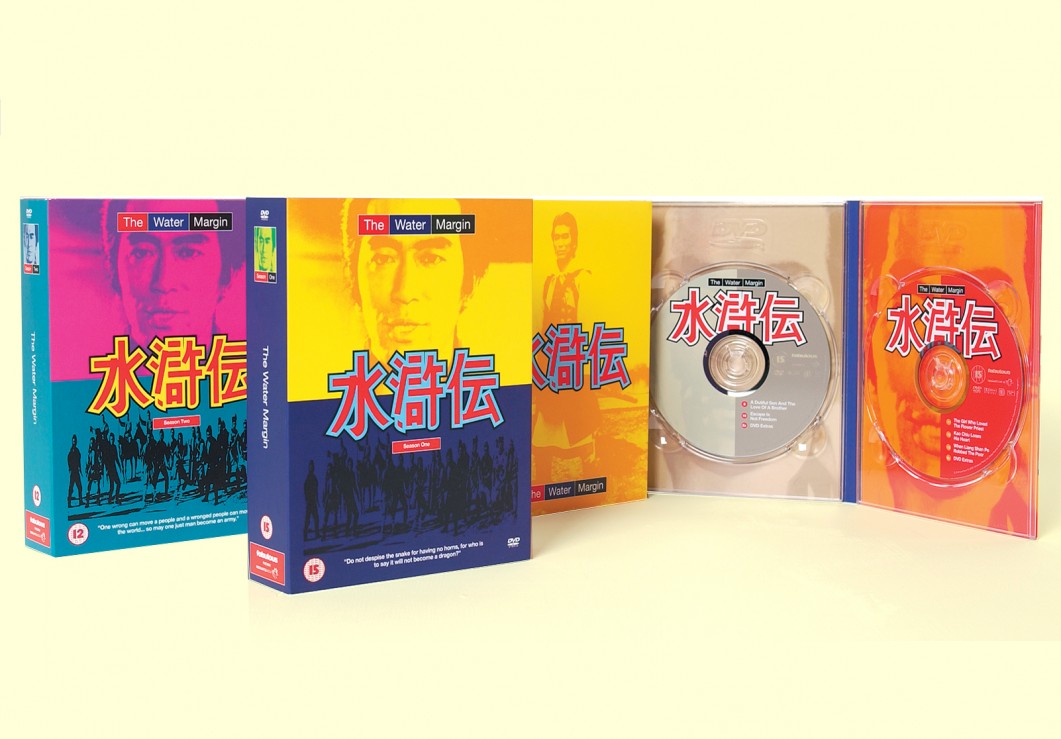 Late 2015 will see the release of The Water Margin complete series on Blu-Ray. We have been working with Fabulous Films on the multiple format repackaging of this 1973 Japanese TV series for a while now! From VHS to DVD, special edition UMD and now BluRay, this is a cult classic martial arts series following the adventures of 103 outlaws during the Song Dynasty.

One of the USP’s of this series were the reams of memorable philosophical quotes that we made a point of highlighting wherever possible – including the most famous “Do not despise the snake for having no horns, for who is to say it will not become a dragon?”.