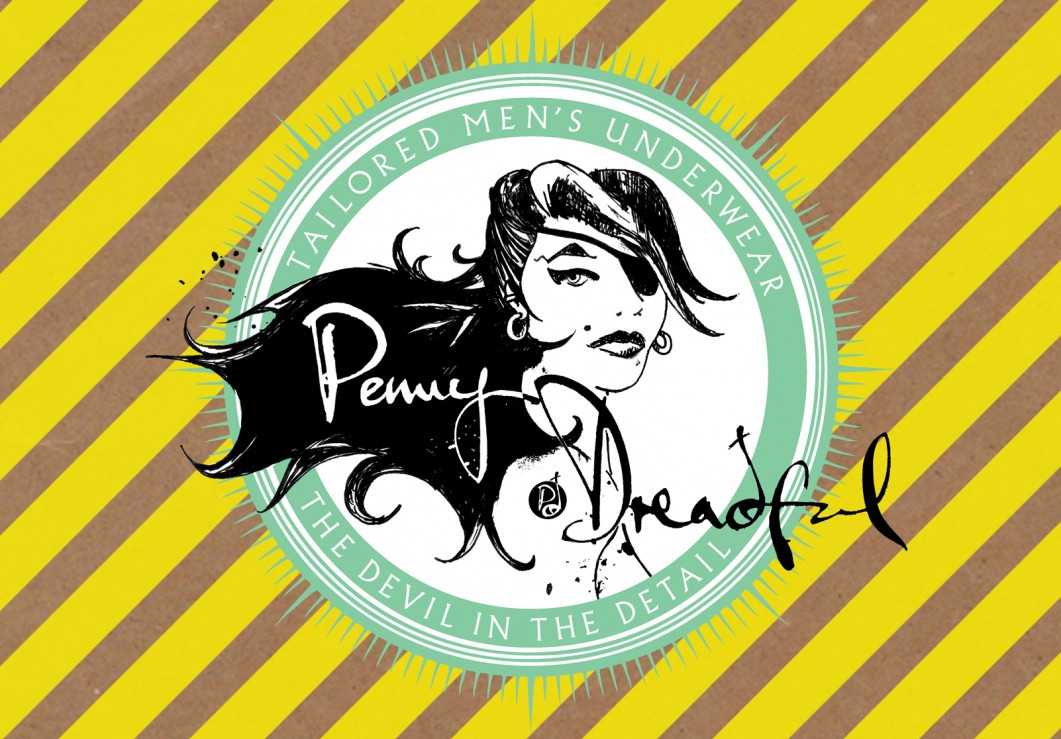 We have created a personality-led logo, identity and packaging for this men’s tailored boxer short brand Penny Dreadful. A “Penny Dreadful” dates way back to the 19th century and the dawn of the industrial printing age. Alongside daily newspapers a somewhat naughtier form of printed entertainment appeared trading in serialised, salacious stories of morally dubious deeds.

Nefarious highway man Dick Turpin first appeared in a Penny Dreadful as did the demon prankster Spring-Heeled Jack. Each edition cost just one old Penny hence The Penny Dreadful which was designed to get the pulses of the youth racing while scandalizing the stuffy old guard.

It’s this spirit of scandalous adventure and rebellion that inspires the devil in the detail of Penny Dreadful Menswear. We designed the heroine character complete with handwritten signature (c/o the hand of Form partner Paul West), and the packaging echo’s the craft ethic behind the brand. Check out their carefully created wares at Penny Dreadful Menswear