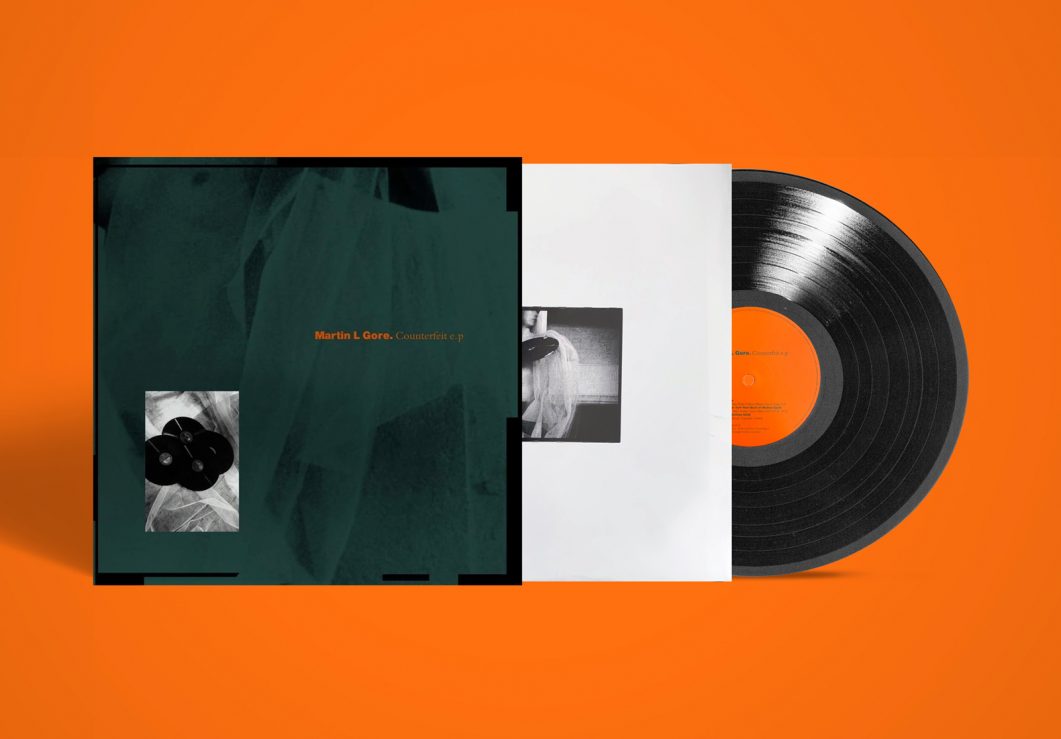 Earlier this year Form partner Paul was asked to recreate his original 1989 artwork for a repress of this classic release from Depeche Mode’s Martin L Gore, which was no mean feat as the original analogue art had long since vanished. The original front cover image of the records survived and could be scanned, but every other element had to be scanned in from previous artworks and manipulated.

Reworking this album brought back many memories. Paul had worked on Depeche Mode 101 whilst working at Peter Saville Associates and had met Martin previously, so he was invited round to Martin’s to discuss the EP visuals. The ep comprised of 6 cover versions of Martin’s favourite songs and he wanted an image of records on the cover. Paul enlisted college friend and photographer Andy Rumball to shoot the album imagery. 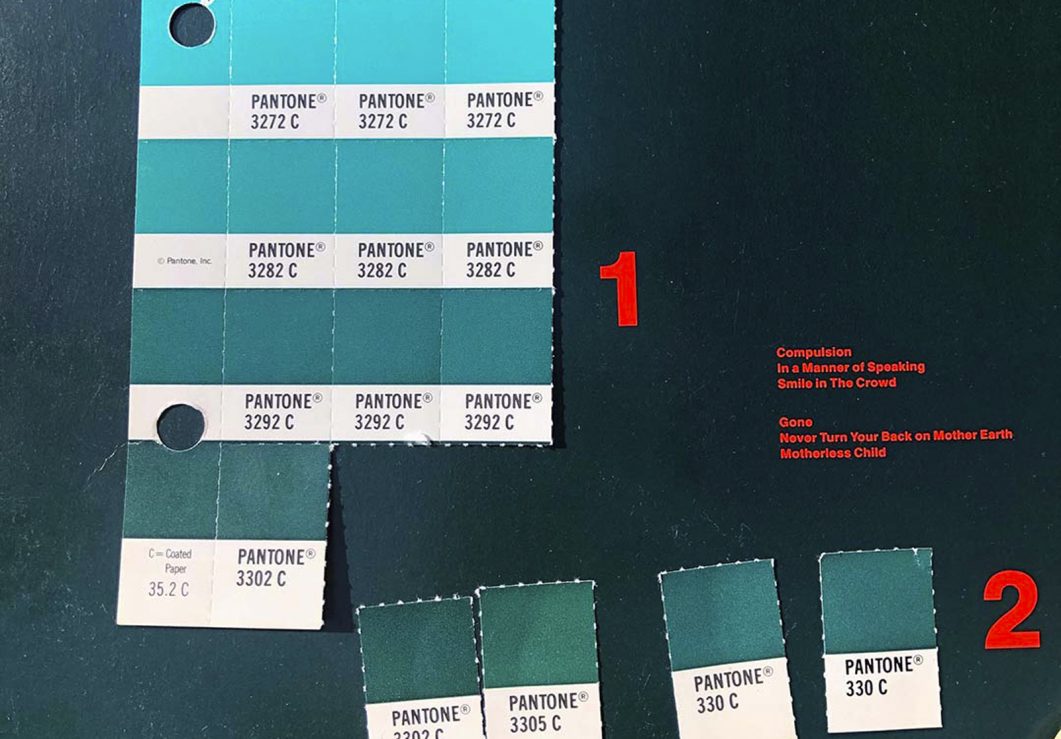 Attempting to match the beautiful darkest of greens to the original proof. In the end we let the printer match the colour on press. 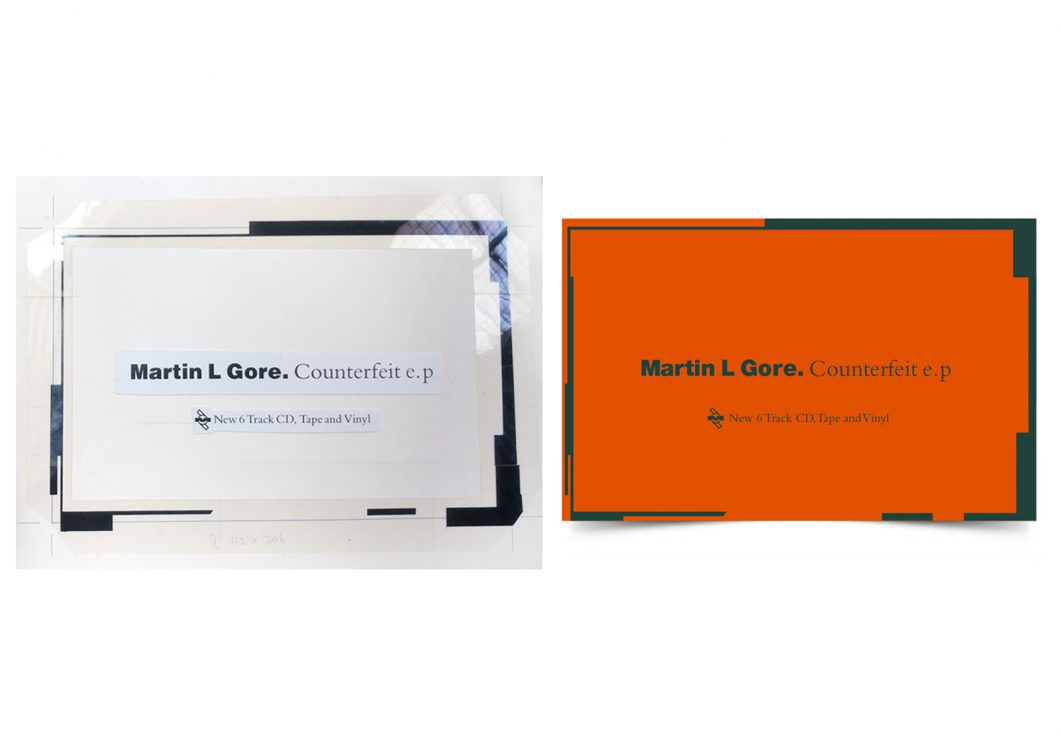 This advert artwork is the only surviving ‘lick and stick’ artwork remaining from the whole campaign – recreated to show how the original 1989 ad campaign looked. 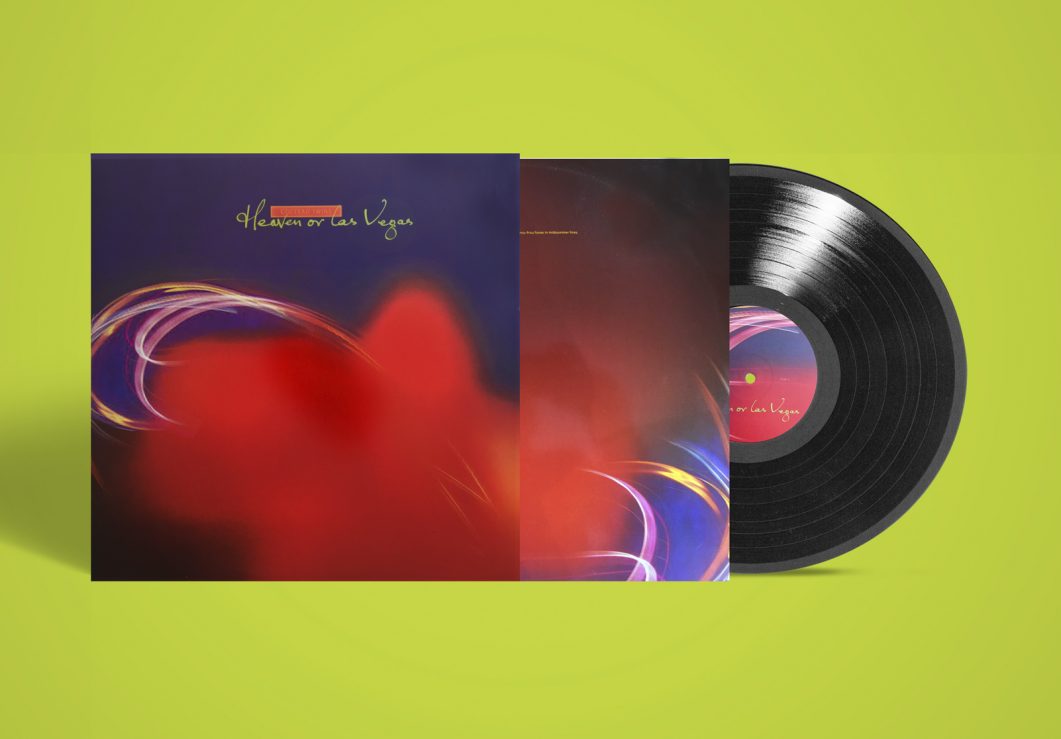 This was not the first collaboration between Paul and Andy, as they would go on to create the iconic Heaven Or Las Vegas album cover for the legendary Cocteau Twins, more of which can be seen here.